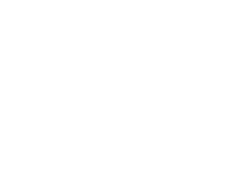 Are Chinese Dirt Bikes Any Good?

Chinese dirt bikes have become much more popular over the last few years, largely due to their affordable price tags. But despite the increasingly widespread availability of these budget-friendly made-in-China models, many people still have reservations.

So, in this post, we’re going to be addressing the elephant in the room and answering the question we all want to know: Are Chinese dirt bikes any good?

We’ll be exploring their merits and drawbacks, discussing how they compare to their Japanese and European counterparts, and ultimately, letting you know our take on whether or not Chinese dirt bikes are worth the money.

The Truth About Chinese Dirt Bikes

‘Made in China’ has long been associated with cheap and low-quality products, which is why Chinese dirt bikes have had to battle against a bit of a bad reputation. They’re widely thought to be cheaply-made, less-reliable clones of Japanese and Euro models—but that isn’t necessarily the case.

While these preconceptions may have been true a decade ago, the truth is that the quality of Chinese manufacturing has come a long way in the last few years.

And here’s a secret for you: a lot of the parts that big-name brands like Suzuki and Yamaha use in their dirt bikes are already made in China—and they have been for a very long time.

That’s right—the gear you already use for most of your rides has probably come from China. Your jersey, kickstand, handlebar grips, tank… you name it.

But while China has supplied the parts for dirt bikes for a long time, its motorcycling industry hasn’t been quite up to scratch when it comes to the research and development side of things. That is, until recently.

Now, China has realized that it can cut out the middleman and build dirt bikes itself, and offer them for a fraction of the price of its competitors. These new Chinese-made off-road vehicles still aren’t quite as good as European and Japanese models, but they’re getting there.

These days, the biggest problem isn’t build quality—it’s parts availability. Chinese dirt bike brands just don’t have a solid dealer infrastructure in the US yet, which means if you run into problems and need replacement parts, it can be a hassle to find them.

Fortunately, there’s an easy solution to this issue. You just have to make sure you buy from a responsible, full-support dealer like ATV Wholesale Outlet.

We provide a bumper-to-bumper warranty on all our dirt bikes, and our service shop is always fully stocked with replacement parts. Our on-site technicians also know Chinese dirt bikes like the back of their hands, so you can rest assured that if you ever need service repairs or replacement parts, we’ve got your back.

How Cheap are Chinese Dirt Bikes?

All that aside, the main draw of Chinese dirt bikes is still the price. We all know they’re cheap — but just how much cheaper are they?

Well, the short answer is a lot.

In fact, you can get your hands on a great 250cc Chinese dirt bike from our dealership for as little as $2,499. Just check out the Apollo DB-36.

And there are even cheaper models available. Our best-value dirt bike—the Burromax TT350R—starts at just $799. These low-cost models represent incredible value and are perfect for kids. After all, young riders tend to outgrow dirt bikes in a couple of years, so it makes sense to pay less at first and use the money you save to upgrade to a better model later.

As you can see, we’re big fans of Chinese dirt bikes—but they’re not perfect. Here’s an overview of some of their biggest pros and cons to help you figure out if they’re the right choice for you.

If you want to buy a Chinese dirt bike, here are the best brands to go with:

We stock many of these brands here at ATV Wholesale Outlet. Drop in today to explore your options.

So, let’s recap. Are Chinese dirt bikes any good?

The bottom line is that Chinese dirt bikes can be a great option if you’re on a tight budget. They don’t quite match up to European and Japanese brands in performance and reliability, but they don’t fall far short. The biggest problem is parts availability, but if you buy from a reliable dealer like ATV Wholesale Outlet in Sacramento that stocks parts, this is a non-issue.

We hope you found this helpful. Good luck!